Realme Watch – the upcoming smartwatch from Realme – has now been teased on an official teaser page for India. After several leaks and rumors, the Realme Watch has now been confirmed to come with a 1.4-inch display. The page also shares some customizability options with two different straps and some features including intelligent activity tracking, 24/7 health assistance, entertainment on the go, among others. The Realme Watch will be officially unveiled on May 25 in India, alongside the Realme TV, through a digital event streamed on the company’s social media channels.

The teaser page reveals the design and looks of the Realme Watch, along with some features. It has thick bezels and a chin that houses the Realme branding. It will feature a 1.4-inch color touchscreen which the company claims, is the “biggest screen in India in the price segment.” The teaser page shows different colored straps including blue, green, and red color options. There is also a Classic Strap that is black in color, as well as a Fashion Strap that is “coming soon.” There will be personalized watch faces as well. 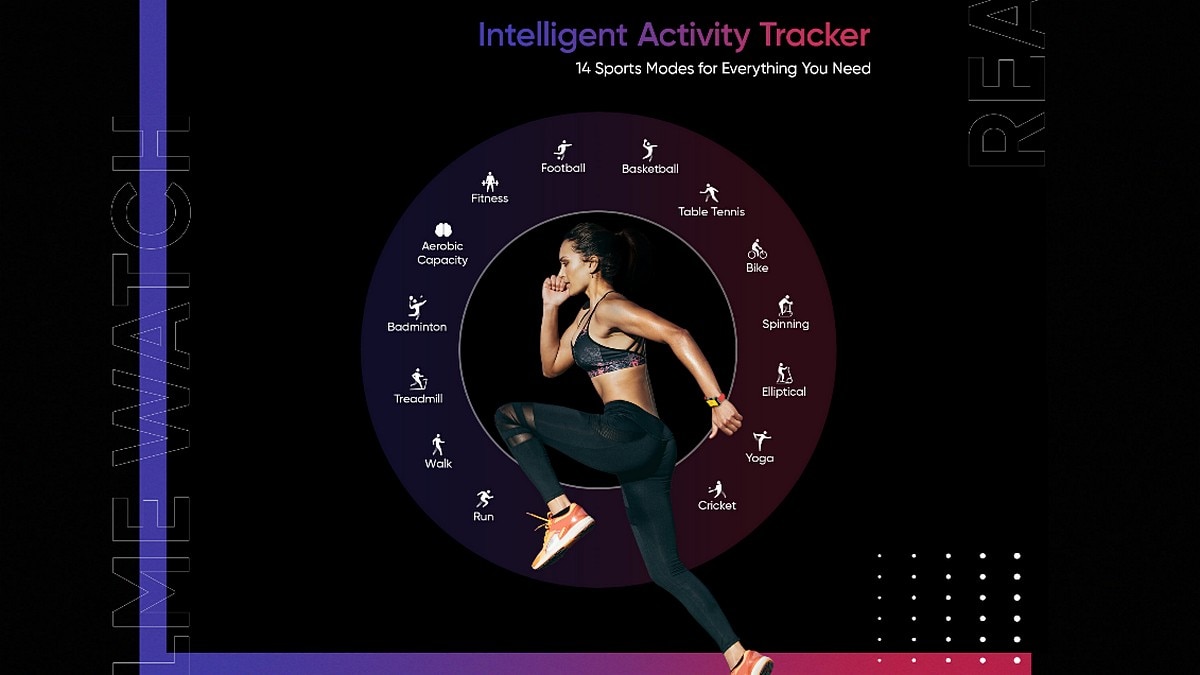 In terms of activity tracking, the Realme Watch will have tracking for 14 sports modes including football, basketball, aerobics, badminton, yoga, treadmill, running, and biking, among others. The smartwatch will also have a ’24/7 Health Assistant’ built-in with real-time heart rate monitoring, as well as blood oxygen level monitoring (SpO2). Further, the teaser page mentions the Realme Link app which will be the control center for the Realme Watch. It is available only on the Google Play store as of now.

Additional features present in the Realme Watch include smart notifications, music control, and camera control for the associated smartphone. The May 25 event will start at 12:30 pm IST and will be streamed on the company’s social media channels including Twitter, Facebook, and YouTube.

From previous reports, it is expected that the Realme Watch will have a 320×320 pixels resolution display and a 160mAh battery. It is also said to come with an IP68-certified build and run on a proprietary operating system.

Infinix Smart 4 to Go on Sale in India for First Time Today via Flipkart: Price, Specifications

ARK: Survival Evolved Is Free on the Epic Games Store Till June 18

ARK: Survival Evolved is free on the Epic Games Store as part of its weekly free game giveaway. The survival adventure game developed by...
Read more

Spectacles 2, Spectacles 3 Smartglasses by Snap to Launch in India...