Home Android OnePlus 7 Pro Full Review
Share
Facebook
Twitter
Pinterest
WhatsApp
Linkedin
ReddIt
Tumblr
Telegram
Hi everyone Rohit is here and this is the Oneplus 7 Pro Review I’ve been using it for about a week and a half or so I’ve had my SIM card in it for quite a bit of that and this is one of my favorite Android phones or favorite phones.

I’ve ever used quite honestly there’s so much good about it but I’m going to cover the good and the bad now let’s start with the good the first thing is its design it feels nice in the hand, it is very futuristic feeling very similar to a Galaxy phone.

This the curved edge here leading to a very thin side edge makes it just feel great in the hand now, of course, it is very slippery because of this finish back so if you use the included case that definitely helps or you could buy a different one as well.

I just like to use it without the case because of it just feels like I’m holding a phone that’s more futuristic of course because it has no bezels hardly it has no forward-facing camera or not hunched in here so it just really looks great and I like the design a lot, of course, we have this switch on the side which also adds to it. 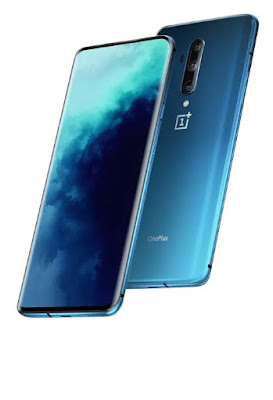 And I don’t know why more Android manufacturers don’t do this but to silence the phone or let it ring or vibrate that is by far one of the best features of this phone and I don’t know why they don’t add that to every Android phone now the next thing, of course, is this display its the best display easily on any phone as far as the way it looks.

Its got great viewing angles and just, of course, it filling out this whole front of the phone makes it look that much better and the display is 3120×1440 with 516 pixels per inch and its 6.67 inches this is a big phone and to give you a comparison here is a Pixel 3 XL.

And that gives you an idea of its size so its a pretty big phone and a little bit taller than an S10 plus or a Pixel 3XL and it is about the same width but it’s it is definitely a little taller and it’s very heavy I don’t know if that has to do with all the components inside for the forward-facing camera.

But its definitely noticeable in purpose and person and anyone I’ve shown it to has been very impressed and I’ve yet to see it slowed down and that leads to the next point of speed the Snapdragon 855 coupled with well at least this version has 8 gigabytes of RAM you can bump that to 12 gigabytes or get one with 6 gigabytes.

But this has it’s in the middle and its plenty fast and fluid with 8 gigabytes of RAM but the RAM management is good I don’t find myself seeing apps reload regularly or anything like that it’s just a very nice phone to use and 8 gigabytes is probably the sweet spot if you want to spend a little bit more.

You can do that and get the 12 gigabytes but it starts at 669 this is the $6.99 version and then you can go a little bit more expensive but I think if you’re going to go with one and you just want to save a little bit of money you can do that then it has 256 gigabytes of internal storage that’s now upgradable. 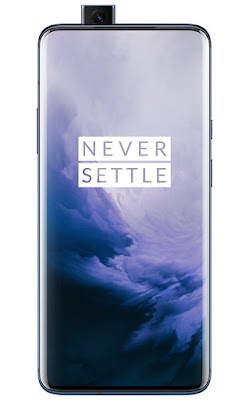 And this is actually the t-mobile version which isn’t as good and I’ll talk about that in a moment but let’s move on to the next good thing other than speed since it doesn’t really ever slow down, in fact, I’ve not had it slowed down once the next thing is the camera is super fast has a lot of different options.

Of course, we’ve got the video now the video options are quite nice this will capture 4k 60 so you’ll see there an ultra-wide lens there’s manual HDR control we also can share data and those sorts of things turn on a 3×3 or golden ratio grid whatever you’d like its in here it’s very customizable and nice.

So if you want to light your subject you can do that while you’re taking a video, of course, you’ve got the photo in portrait modes and then, of course, we’ve got that wide-angle lens as I mentioned before so you’ve got a normal lens telephoto and wide-angle.

Let us take a look at some of those photos from this now, of course, we have that forward-facing lens and when we hit the button here it spins around and pops up the camera and this works well it’s pretty flawless and no issues there whatsoever.

I really think it’s a great way to do that as long as this is durable and Oneplus keeps releasing videos showing how durable this the front-facing camera is so I think its gonna be fine for most people and it does have a portrait mode and all of those things so in general its a great camera it is not as good as what at photos as a pixel 3xl video is pretty good as well.

Take a look at some of the videos from it here you’ll see the video is pretty good I’m not going to say its as good as an iPhone as far as the video is concerned but for the most part, the camera is going to be great for most people the nightscape in my experience is not as good as say pixels version.

So I think it’s more than sufficient and in just as good as most other cameras now the next the positive thing is the speakers it has a speaker at the very top here and then one at the bottom and it is in stereo it’s very similar to how an iPhone sounds because of its shooting sound out the bottom and towards you with this one so you can’t really hear it in a video like this but when you’re playing video and things.

They’re nice and loud no issues with them they sound good they do get a little tinny at high volumes and I wouldn’t say they’re phenomenal but they’re pretty good for the most part I don’t think most people would be upset with the quality of them and if you really want higher quality you’re going to use headphones or something else now the final good thing is the fingerprint reader.

So if we turn the display on it’s super-fast it’s incredibly fast for a fingerprint reader, now it may not be as secure is say a Samsung Galaxy S10 plus because of that using sonic or ultrasonic but this is using a camera under the display.

So if we turn it on we can just do it like this it’s fast every time switch fingers I do have this one programmed sometimes there’s a little bit of lag but for the most part its as fast as any fingerprint reader.

I’ve used so it seems pretty good as far as that goes now the next thing is a mid category of good and bad and that’s leading to the battery now the battery is a 4,000mAh battery and for the most part, it’s pretty good it should get you through most of the day but it is not phenomenal.

I’ve gotten better on other phones, I find that it’s okay it’s acceptable and what helps is the fast charger this Warp charger does work well if you’re low on battery plug it in for 15 minutes and you’re good to go for another half a day or so.

So really if you don’t think too much about it it’s not that big of a deal as long as you can plug in for 15 or 20 minutes you’ll be fine otherwise it’s going to be a pain for you now that leads to the next category which is the bad things about the Oneplus 7 Pro.

And the first thing is no wireless charging now this may not be bad for some people I find it to be very convenient without it, of course, you have that warped charger I just mentioned but I appreciate when we have wireless charging I wish they could have done that but they didn’t.

It’s not the end of the world but where this phone lacks that’s one of the areas the next thing is there’s no headphone jack and again this isn’t going to be a huge deal for many people today but no headphone jack when Oneplus is all about not compromising the experience kind of is a little frustrating to me at the time since the Pixel 3 and 3A.

Excel actually added one back so I would love to see that but I don’t really hold my breath for that and it’s not a huge deal but it may be for some the next thing, of course, is no IP rating and while I’m not really sold on the whole IP rating thing I think it’s helpful but since manufacturers don’t cover it anyway if it’s damaged in water even if their seals don’t hold its not a huge deal to me.

Oneplus has said they’ve done what’s required of an IP68 certification without getting it certified so that it saves us money I’m not willing to test that but it seems like it holds up well in some another test underwater.

So I think you’ll be fine for the most part I wouldn’t take it swimming or anything like that but getting some water on it should be okay now I have two more bad things and they’re really minor quite honestly one of them is no visual voicemail for free this is at-mobile version of the phone.

So you actually have to pay for their visual you can try it out when it comes to the actual om version of this it may be different then another thing has to do with updates this is the t-mobile version and this will not be true if you have the OEM version or the one you order from their website.

So that is the actual updates come later these this update didn’t come until yesterday and it still doesn’t have all the features I was looking forward to so there’s that otherwise though this is a great phone it is incredibly fast you can see while opening Chrome.

If we go back out maybe go into music here everything just loads crazy fast all the time and I have no issues with it whatsoever I highly highly recommend this phone if you’re looking for an Android phone that’s as close to OEM as possible that should be another positive for me Oneplus 7T deals.

Basically, a stock Android phone with a couple features like this switch here that add to the experience they don’t try and manipulate or change the experience so I think its really great let me know what you think in the comments below of course Ill link this wallpaper its a motion wallpaper if you haven’t seen it kind of zooms in when you unlock. OnePlus 7 Pro Review ends here, I hope you enjoyed it.

Top Upcoming SmartphonesA lot of smartphones launching this September. It's the month for new phones like the iPhone, Samsung and many more are coming....
Read more